Alteryx hosted their 17th annual user conference called INSPIRE from May 1-5 in Anaheim CA. Anaheim is home to Alteryx headquarters and a beautiful city with a nice weather all year round and lush green trees and is mainly famous due to being the home of the Disney World.

This year’s event was by far the largest Inspire so far and was attended by over 3,000 individuals from 29 countries across the world. Attendees could choose from a variety of different tracks based on their interests and specialization. Sessions offerings ranged from a Hackathon, to hands-on training, to case study examples, to learning more about Alteryx’s innovation roadmap. 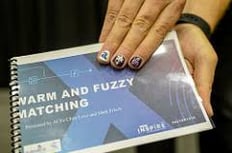 As someone who has worked in the Business Intelligence field for almost 20 years, I was particularly interested in what’s coming next for Alteryx, and more specifically Alteryx Designer. Below are some notable features that I am most excited about, which we were told should be added in the next few updates: